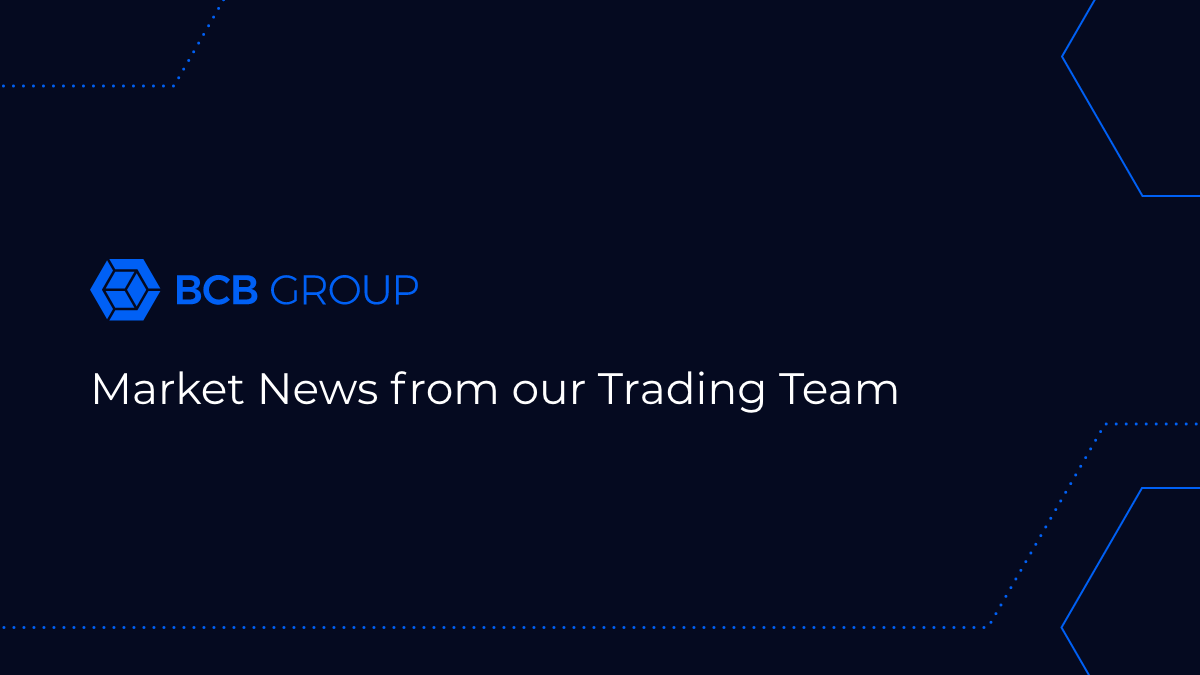 Friday was looking like a relatively quiet day with thin volumes and no economic data releases in the calendar with traders looking to start the weekend early. This all changed in the early evening as reports from the US media indicated that intelligence officials believed Putin had decided to invade Ukraine and said invasion could happen as early as this week. Unsurprisingly, risk was sent into a tailspin.

BTC AND ETH were having a good week but the developments saw these gains quickly eroded as a risk-off feeling was added to the market which left investors shying away from risk-assets such as equities and crypto – a move that saw BTC back below $42k and ETH back below $3k.

Over the weekend we saw BTC consolidate a little and trade a little firmer whilst ETH and other altcoins continued their downtrend. Solana and others are losing ground due to concerns of insecurities in the wormhole protocol. With current volume at half its level a year ago, safe to say we can expect more price volatility.

It will be important that BTC defends $40k support, however, levels are somewhat irrelevant if there is a potential war on the horizon. If news around Russia and Ukraine continues to be negative it won’t be long before BTC is testing a lot lower. The whole crypto market will follow suit.

In other BTC news the hashrate surged to an all time high (248.11 terahashes per second) on Saturday.

The S&P ended Friday almost 2% lower, wiping out its gains on the week and closing below its 200 DMA for the first time this month.

Ultimately only one person really knows if the invasion will happen – Putin – for the rest of us it’s merely guesswork. However, rumours are enough to send the market into a defensive stance for this week. It’s tough to see risk rallying in such an environment and as such equities and crypto lower and yields lower feel the way of things until we get any clarity. Demand for downside protection in equity markets saw the VIX trade north of 30.

Whilst FX moves weren’t as blockbuster it did behave as expected. Demand for USD, JPY and sell offs were seen in high beta currencies like AUD and NZD. The USD index rose above 96 into Friday’s close and above its 50 DMA which may just give the USD bulls the advantage for now. 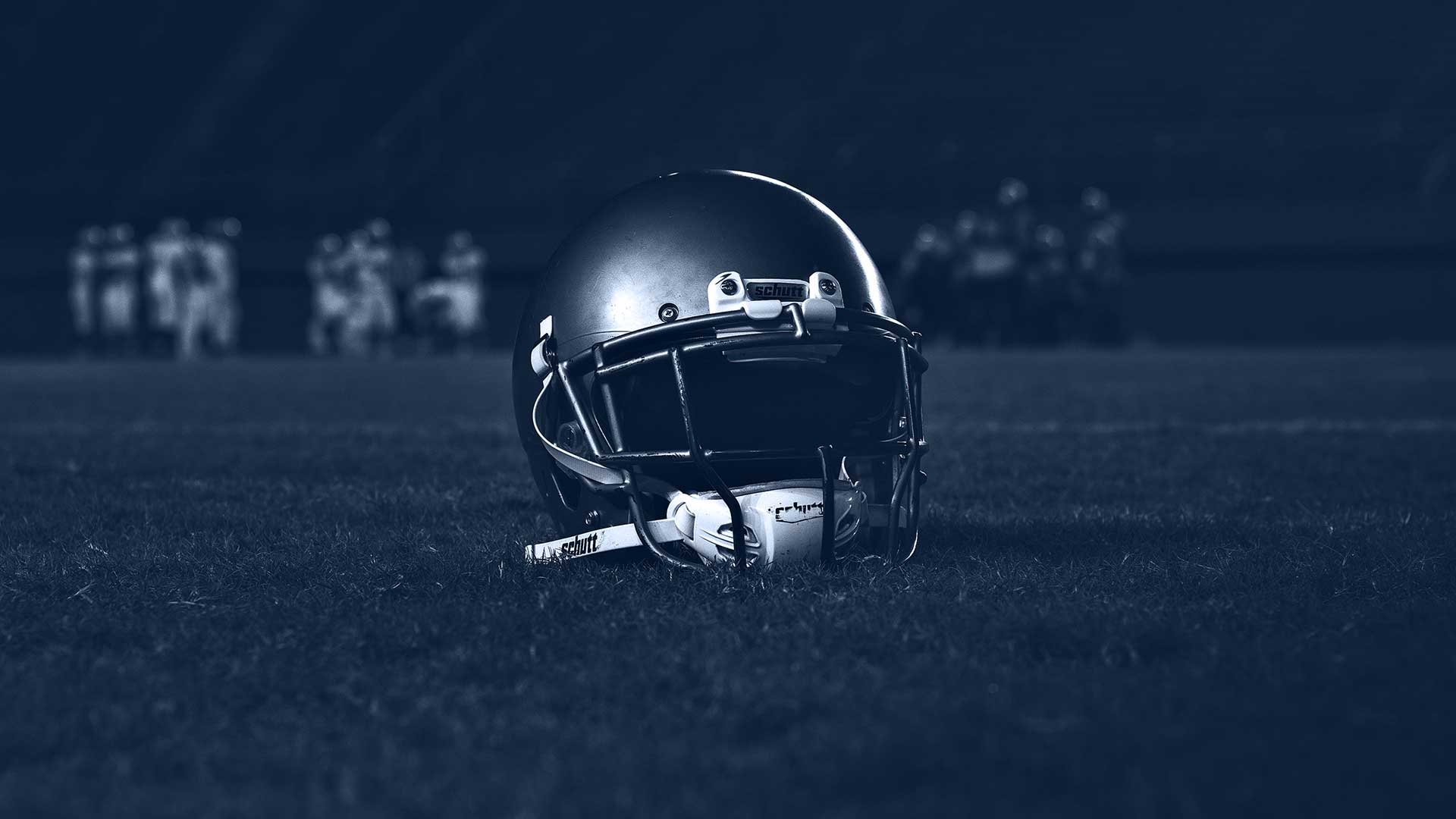 FROM CRYPTO AND VR TO EVs TO NFTs, SUPER BOWL LVI ADVERTISERS PITCH THE FUTURE

Sunday nights Super Bowl saw crypto companies spending millions of dollars to capture the attention of football fans around the world during the biggest TV moment of the year.

FTX, Crypto.com, eToro, and Coinbase all took the opportunity to promote their services throughout the game, with ads starring celebrities such as Larry David and LeBron James.

“At Coinbase we have a goal of introducing a billion people to the cryptoeconomy,” said Kate Rouch, CMO at Coinbase. “Crypto is about access for everyone, not old models of winner takes all, stoking fear or ‘FOMO’.” 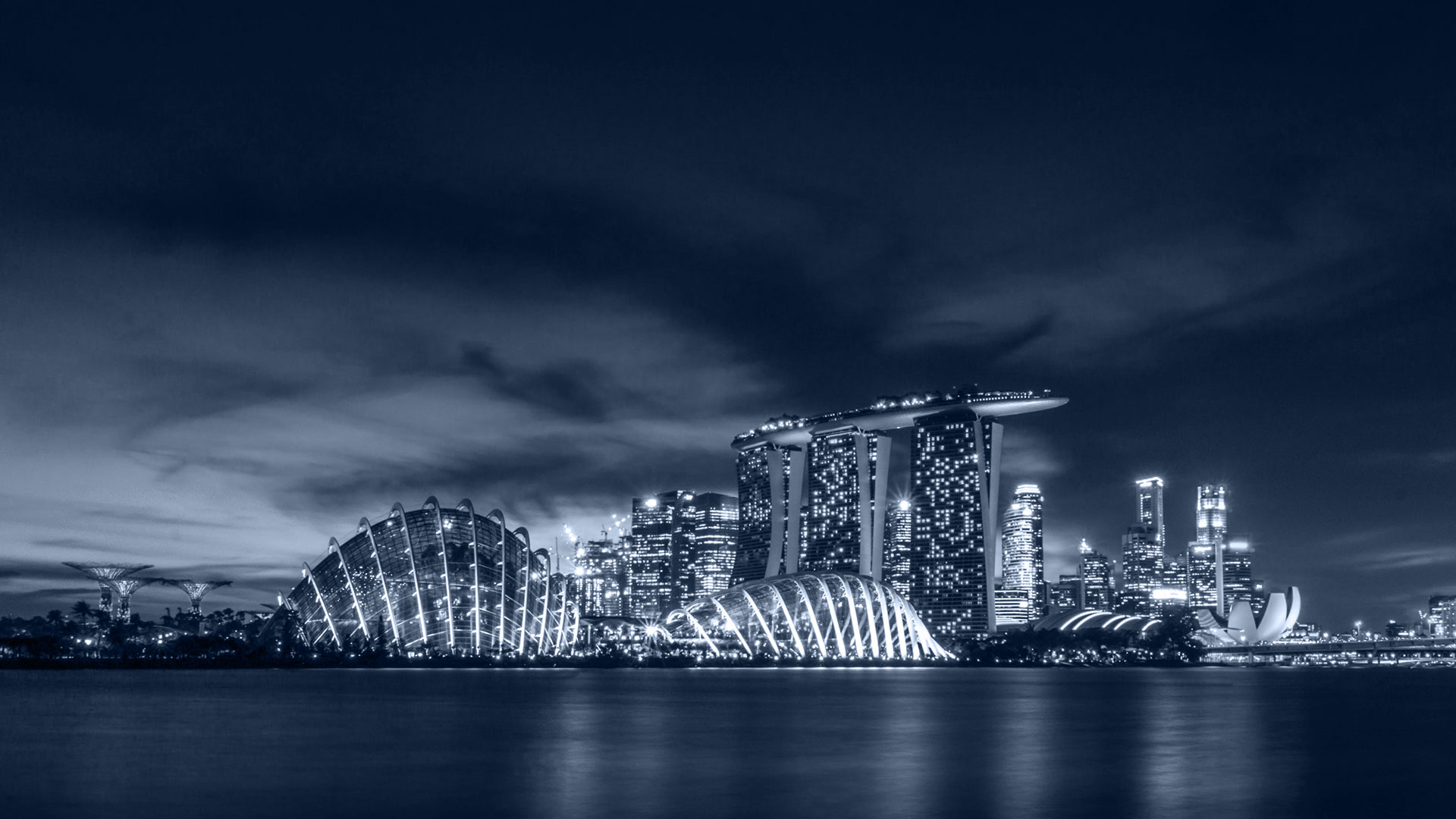 Singapore’s DBS Bank is planning on expanding its digital assets trading offerings to retail investors by the end of the year, according to its CEO, Piyush Gupta.

The bank, which opened an institutional digital assets trading desk early in 2021, recently lengthened its trading hours to 24/7, to match the tempo of crypto.

“We are starting the initial work to expand it beyond the current investor base [of accredited investors]. Lots of work to do with suitability and anti-fraud… we should have something by the end of the year” said Gupta. 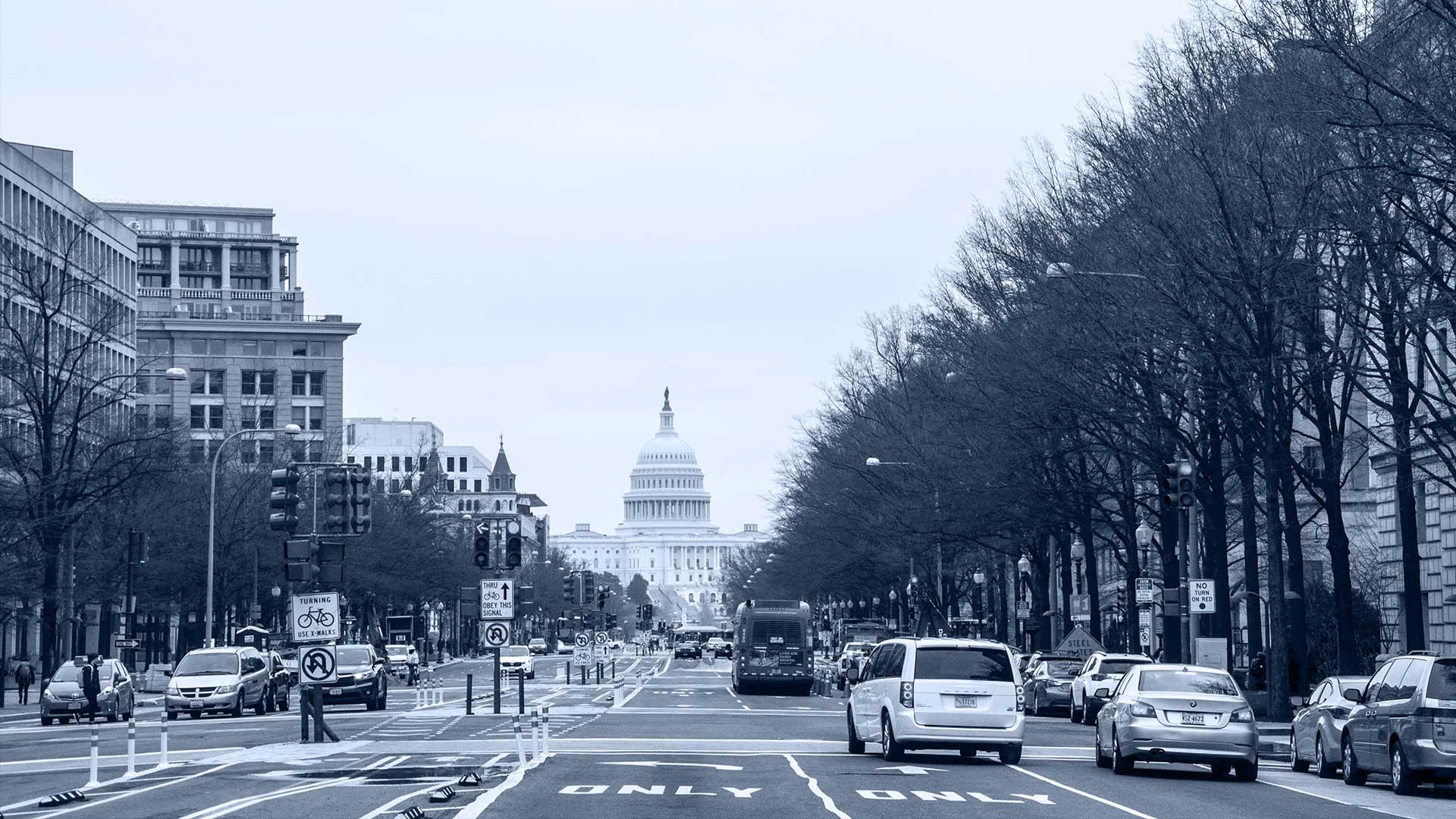 US TREASURY REITERATES THAT THE IRS WON’T CONSIDER CRYPTO MINERS, STAKERS OR CODERS TO BE BROKERS

In a letter on 11th February 2022, the US Treasury reiterated to some concerned senators that it did not plan to treat crypto miners, stakers, or coders as brokers for tax purposes.

The issue has caused debate since the Infrastructure Bill passed last year, which made into law a new reporting rule which seemingly defined every servicer involved in facilitating transactions for digital assets as brokers. Six senators, including Cynthia Lummis, attempted to change the language.

This recent letter suggests the Treasury is not adverse to the views of the senators and the crypto community, stating that: “existing regulations impose broker reporting obligations only on market participants engaged in business activities that provide them with access to information about sales of securities by taxpayers.” However, this letter is a long way off formal guidance. 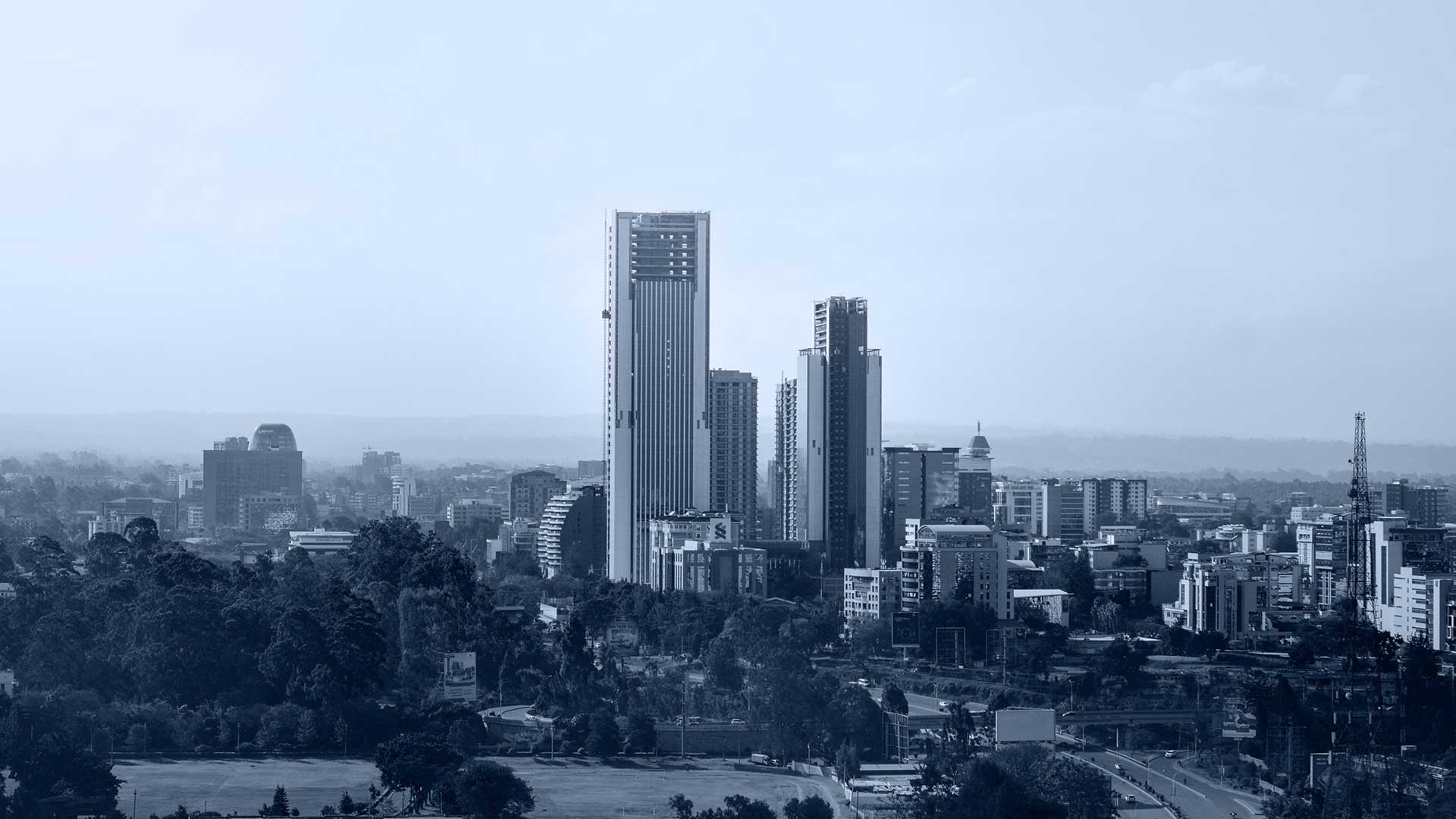 According to a press release released last week, the Central Bank of Kenya is requesting public feedback on the applicability of a potential CBDC.

“It is quite apparent that CBDCs are receiving more attention than ever before. However, a key point to note is that despite the traction in attention, the motivations for the issuance of CBDCs vary across countries, as do the policy approaches and technical designs,” stated the bank.

The paper also examined other payment types including stablecoins and electronic money. 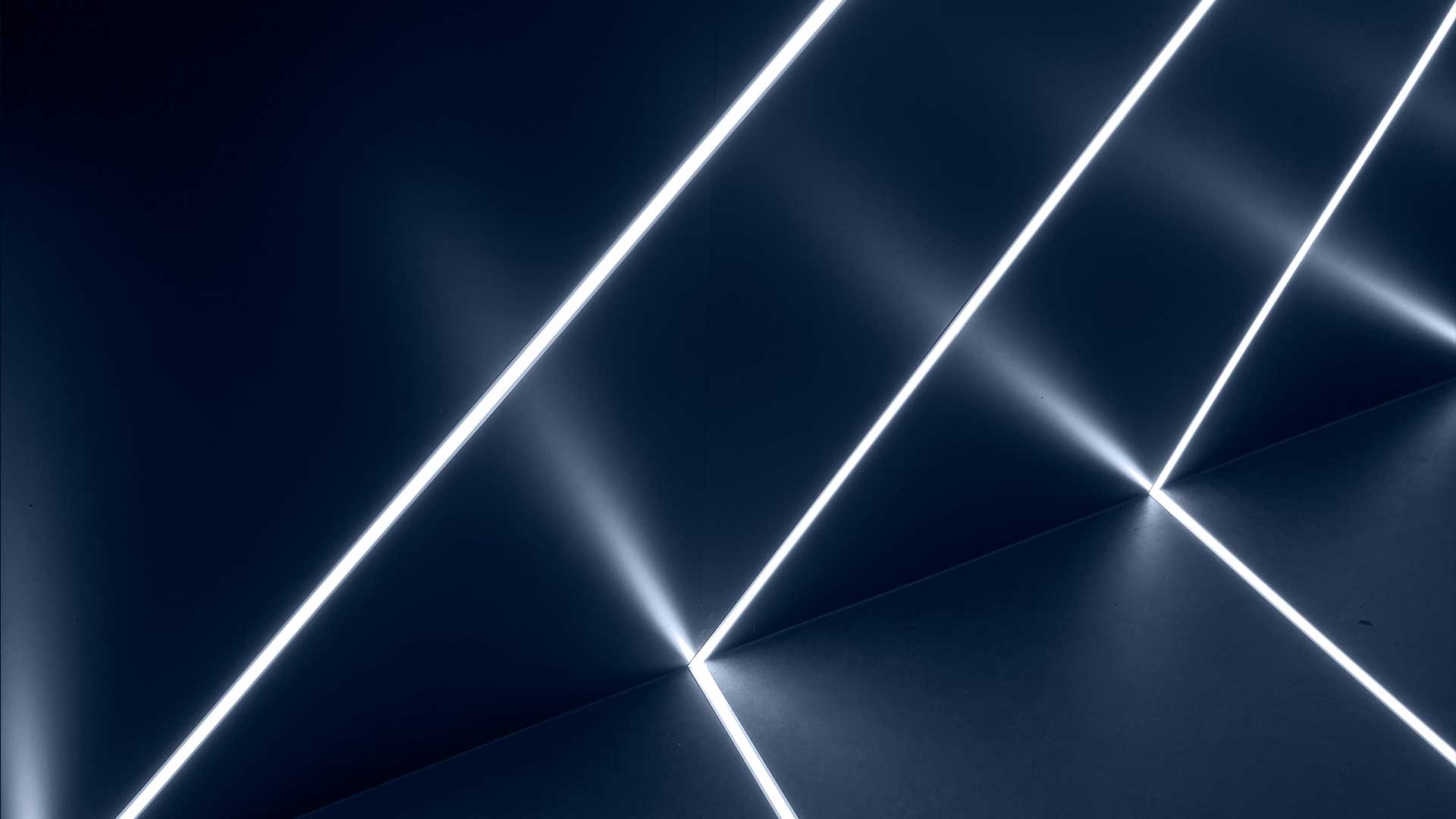 The chief tax authority in the UK, HMRC, has seized three NFTs that have been associated with a suspected tax evasion fraud, stating it is the first UK law enforcement agency to seize NFT.

Regulatory discussions around NFTs have become common since their increased popularity in 2021. It is important to note that the NFTs were seized as assets, and were not used as a tool for the crime by themselves. 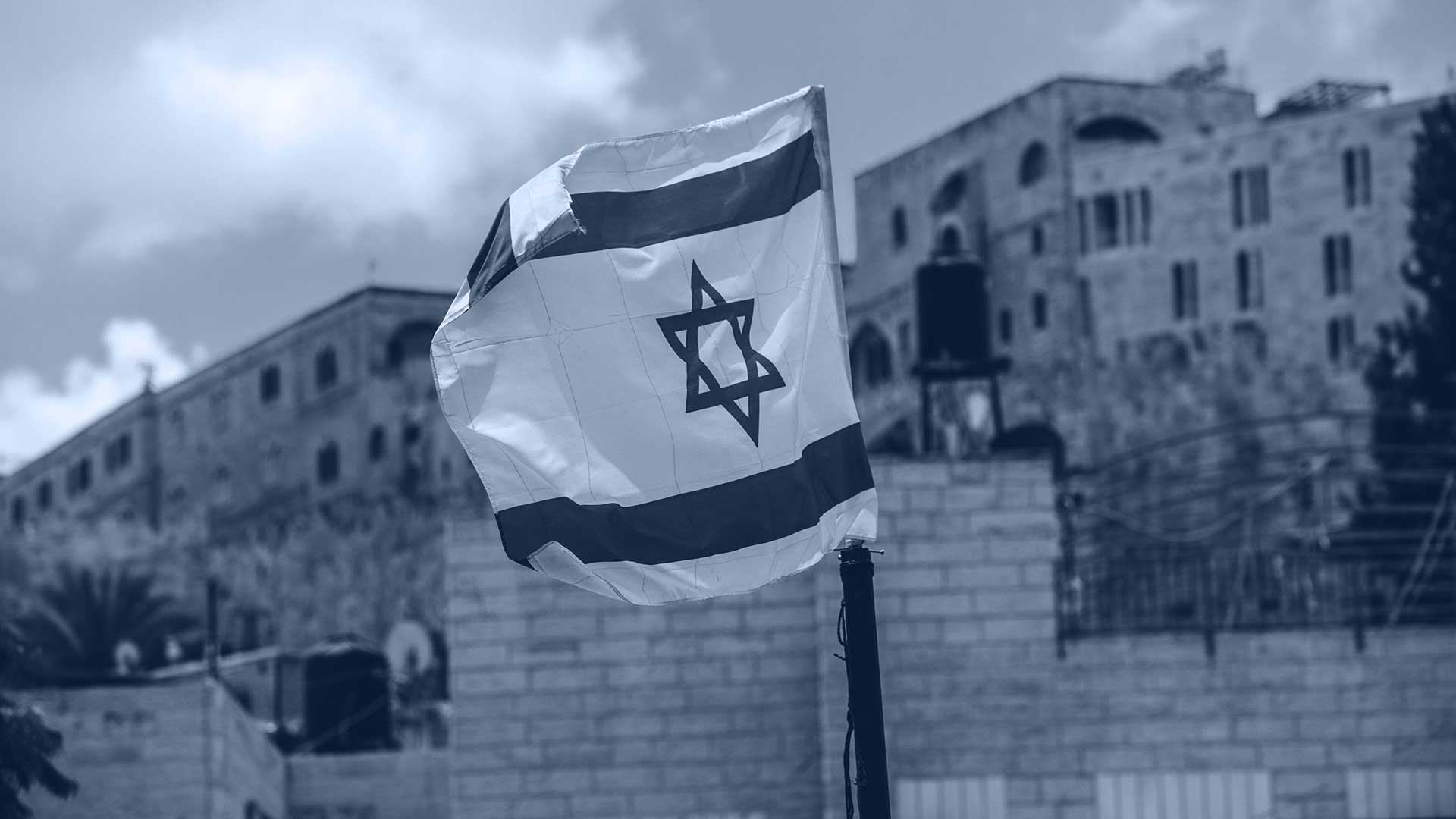 Chairwoman of the Israel Securities Authority (ISA), Anat Guetta, has laid out plans that make-up a larger initiative for the ISA to collaborate with fintech professionals on innovation, and gather expertise to regulate the crypto sector more broadly.

As a first step, the ISA has partnered with the Ministry of Defence, to host its first ever fintech hackathon next month in Tel Aviv. The event is looking to attract blockchain-based solutions that can improve the infrastructure supporting the securities and sovereign debt markets in Israel.

In a statement, Binance CEO Changpeng Zhao said: “As Web 3 and blockchain technologies move forward and the crypto market comes of age we know that media is an essential element to build widespread consumer understanding and education.”

Zhao later took to Twitter to emphasise that Forbes will remain independent amid concerns about conflicts of interest.

Robinhood’s Chief Brokerage Officer, Steve Quirk, stated that the company is looking to expand internationally with a “crypto-first” approach.

“From a regulatory standpoint and all the other facets that come into it, it’s probably the easiest way to go global,” said Quirk.

A planned international expansion led by crypto could help shore up last year’s poor earnings and lift the company’s share value. Currently, US regulations limit access by users of the platform outside US borders. 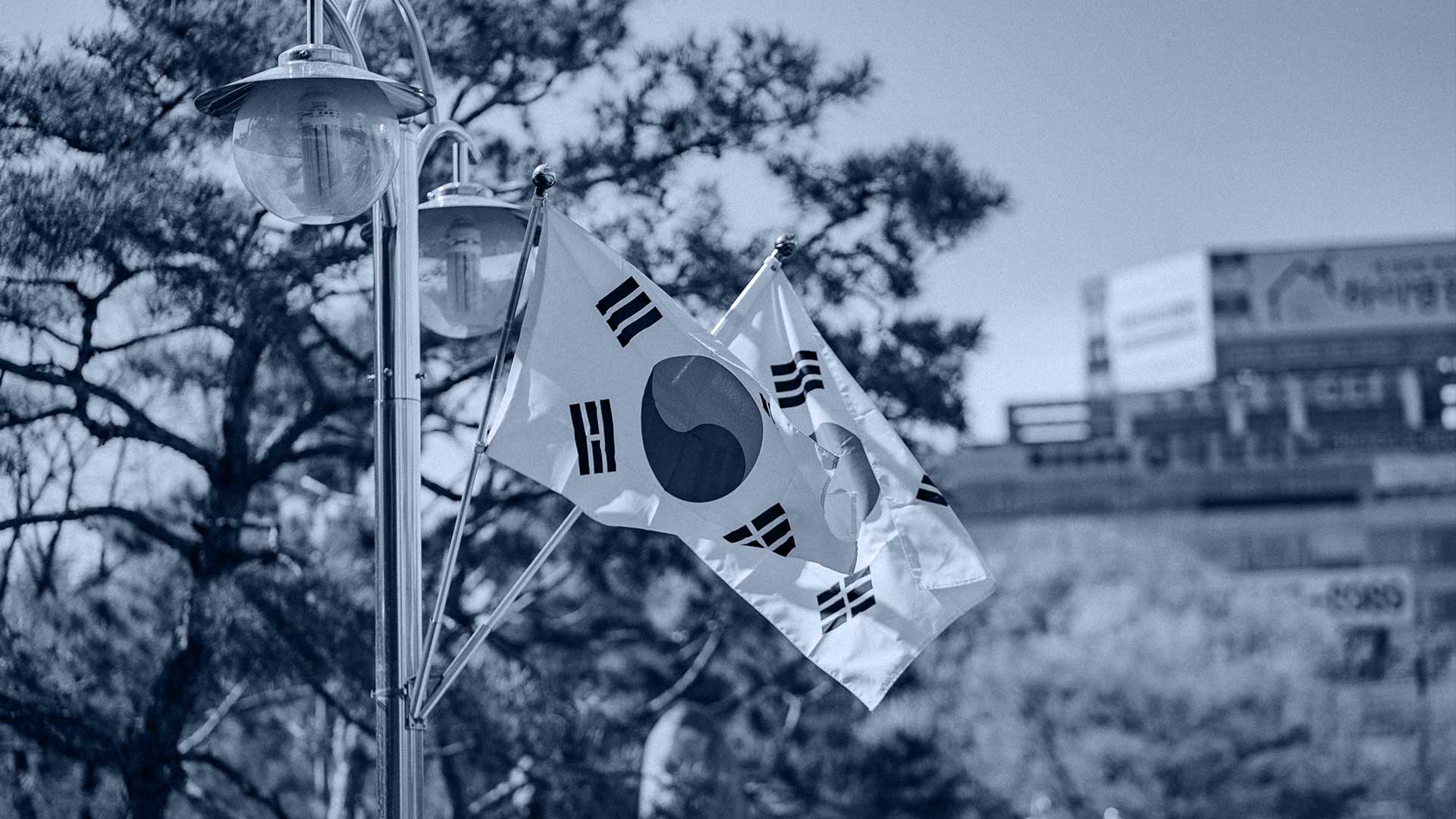 In the lead-up to South Korea’s election on 9th March 2022, young crypto investors have become a major force, with all of the presidential candidates announcing crypto-friendly stances in an attempt to win over younger voters.

In September 2021, the current administration proposed a 20% tax on crypto gains made in a one-year period over KRW 2.5 million, but had to walk it back after backlash from crypto investors.

Candidates have pledged to bring crypto companies back to South Korea. There is now a de facto ban on initial coin offerings as a result of a notice posted on the Financial Services Commission’s website in 2017, though it never made it into legislation or regulation. 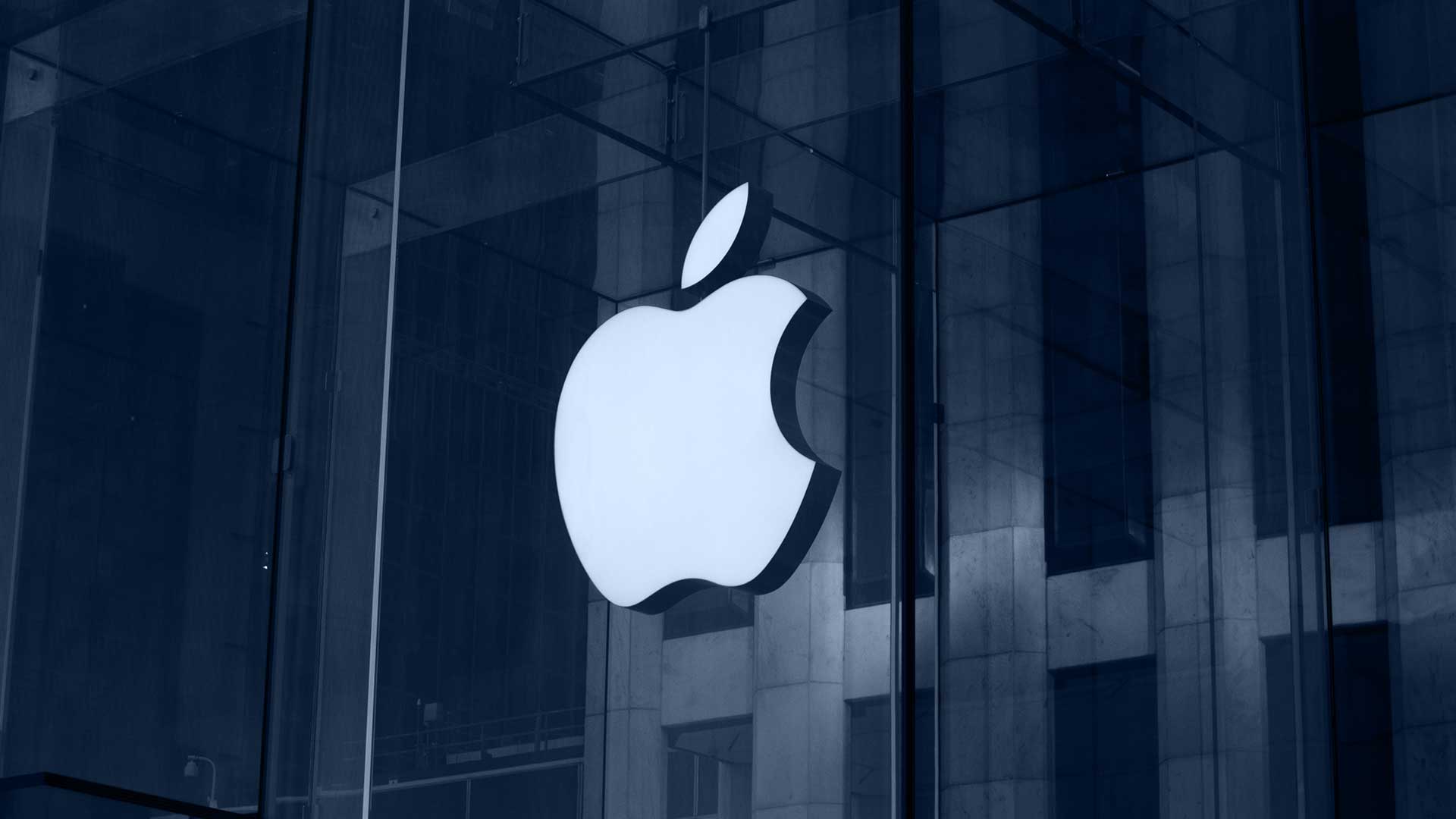 Last week Apple announced plans to launch ‘Tap to Pay’ for its iPhones, a new feature that effectively turns the smartphone into a point-of-sale device for businesses and merchants.

According to Apple, the feature will extend support to “Apple Pay, contactless credit and debit cards and other digital wallets.” This would essentially mean that unless Apple places a direct barrier for it, customers who are using Crypto.com Visa Card or a similar payments card would be able to use their cryptocurrency holdings to pay.

While Apple has announced Stripe, an Irish-American fintech, as the first platform to offer the Tap to Pay feature on the iPhone, the company clarified that “additional payment platforms and apps will follow later this year.” 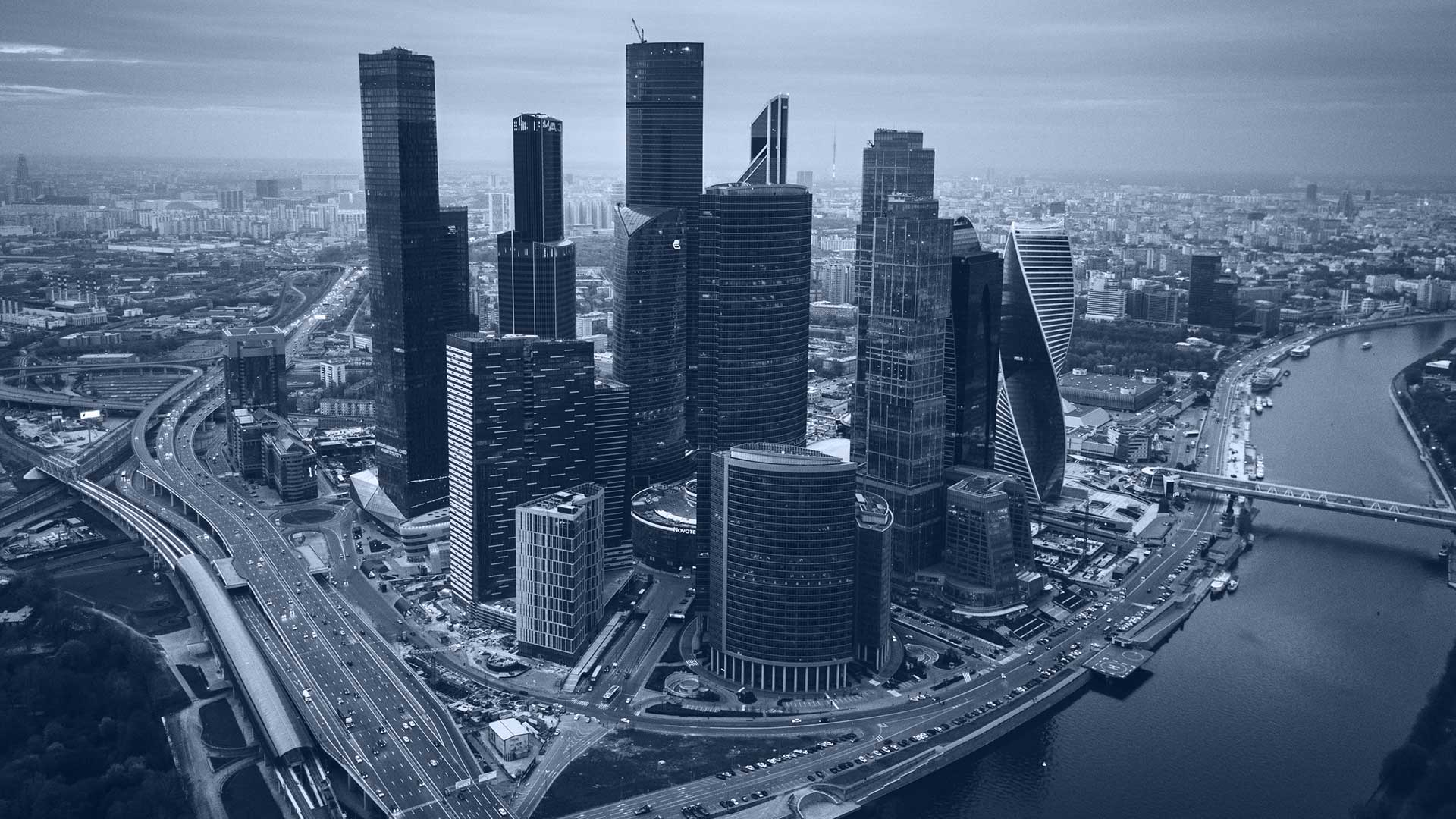 Last week, a document was published on a government website, that sets the principles for cryptocurrency investment. The document states that cryptocurrency purchases are permitted through locally registered and licensed companies, which would require buyers to verify their identities and help government agencies track transactions.

Although the Russian government’s plan to regulate crypto requires Parliament to pass new laws, it’s a significant step for a nation whose central bank had, in late January, called for a full crypto ban. 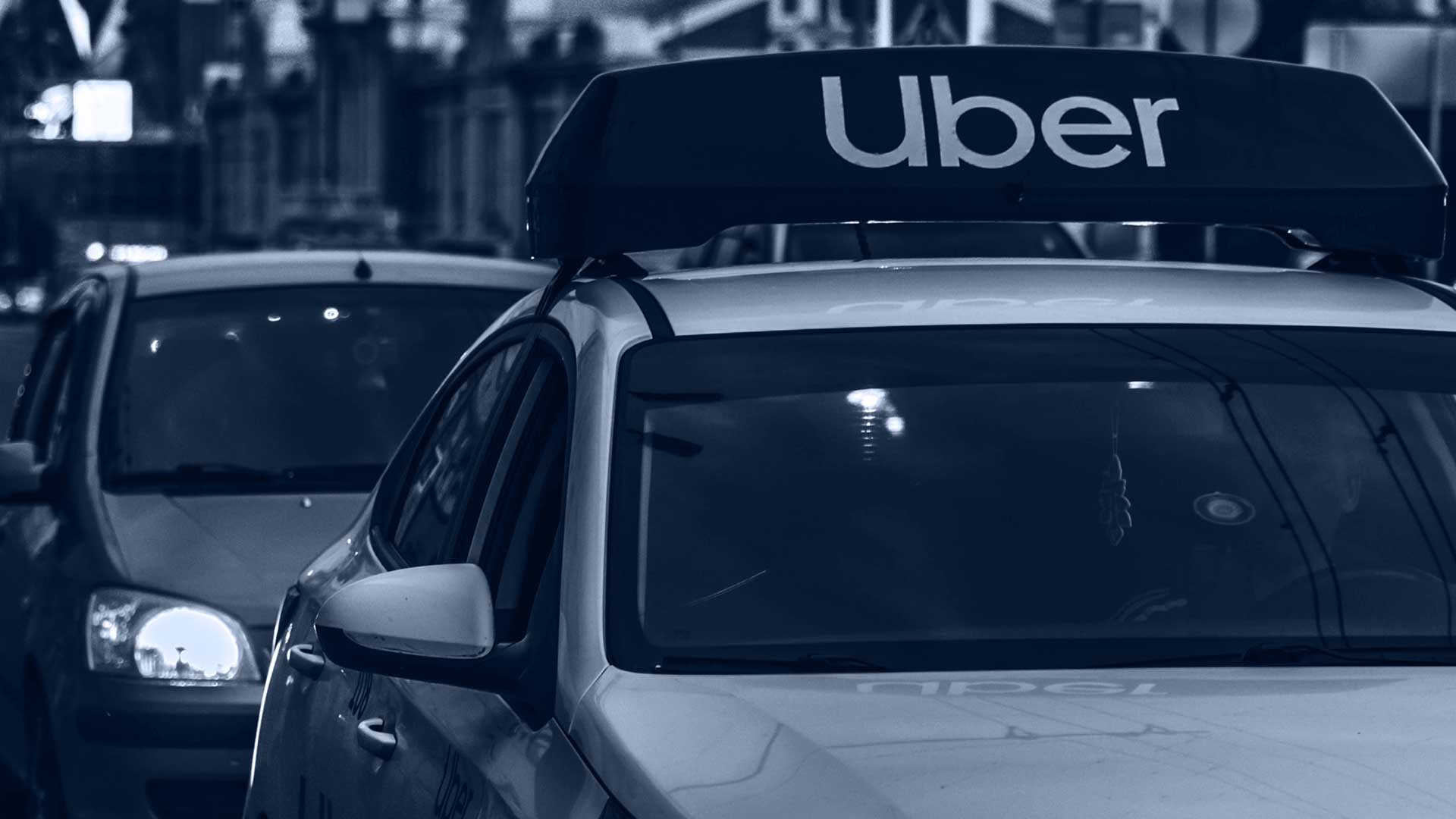 Uber’s CEO, Dara Khosrowshahi, reiterated last week that the company would “absolutely” accept cryptocurrencies in the future, stating that the company is having conversations about it “all the time”. 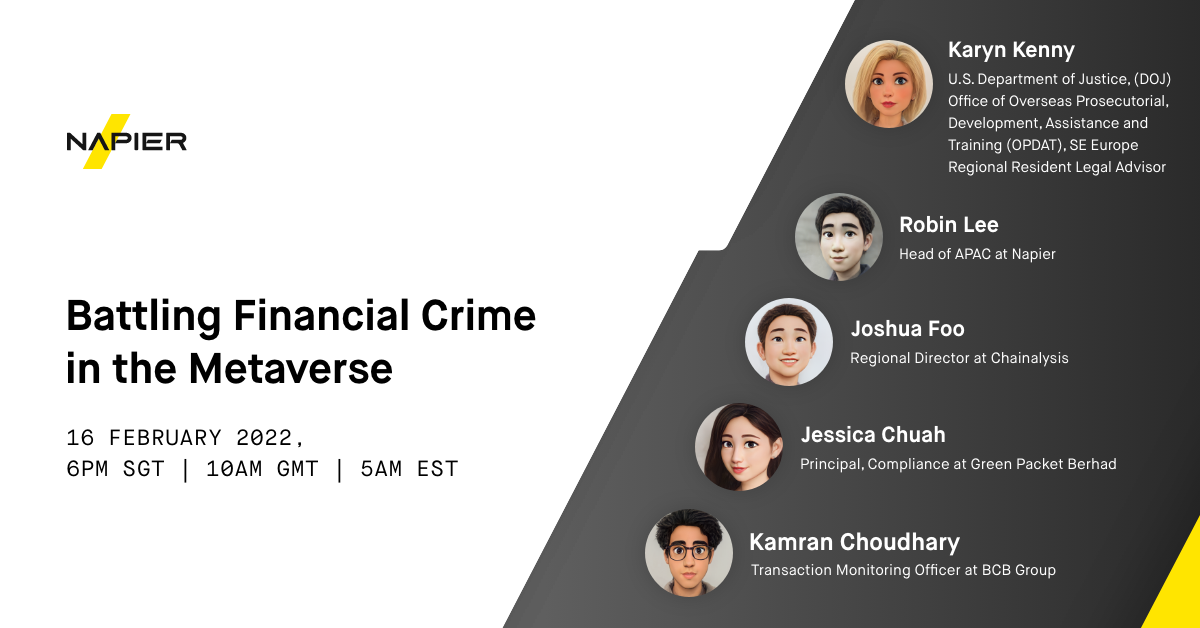 On Wednesday, our Transaction Monitoring Officer, Kamran Choudhary, will take part in an expert panel to discuss the intricacies of financial crime in the metaverse, and what financial institutions can do to combat it effectively. 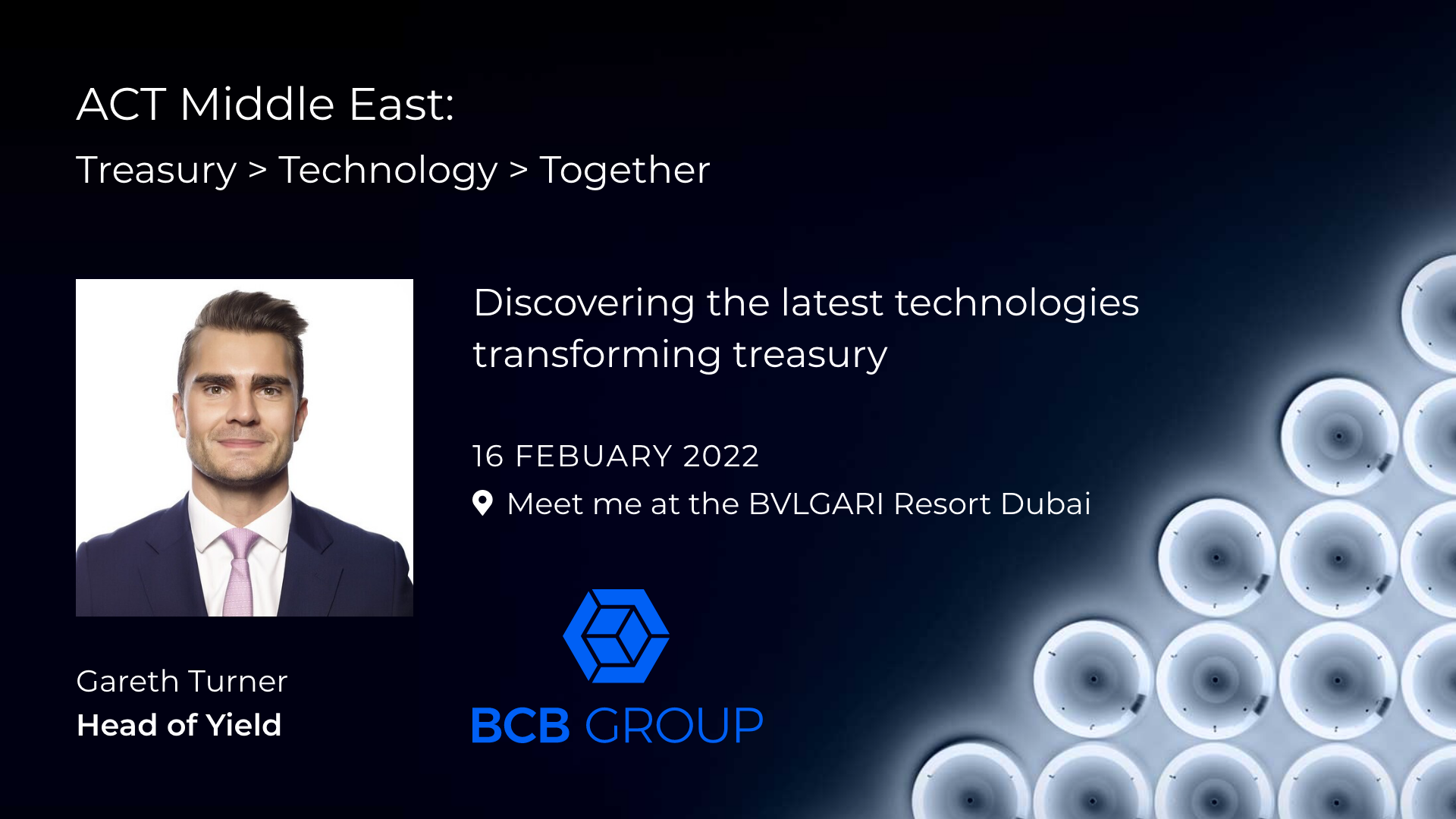 Our Head of Yield, Gareth Turner, will be attending ACT Middle East this Wednesday 16th February 2022 – come and meet him at the BVLGARI Resort, Dubai.