The Ultimate Guide to Tokenization

Regardless of cryptocurrency market sentiment, the potential of tokenization and digital assets is widely accepted. The concept of tokenization has long been used in the financial markets to make payments more secure. With the inception of blockchains starting in 2009, we’re witnessing an entirely new way to understand and leverage tokenization.

As the global leading provider of business accounts and trading services for digital asset businesses , BCB is sitting at the intersection of traditional finance and the emerging world of decentralized finance. We combine our know-how of finance and regulation with an in-depth understanding of blockchain systems. It’s at this intersection where a lot of potential for tokenization lies.

To learn more about how BCB helps clients leverage digital assets and our available solutions, please reach out to our team.

While tokenization in the traditional payments space was used to enhance the privacy of sensitive information, with blockchain, the focus has shifted to assets. Tokenization in the context of blockchain refers to the process of converting something into a token that is issued, stored and moved between owners, with all actions recorded on a blockchain ledger. It is adding a digital wrapper to an existing asset, or creating an entirely new asset, which can then be used within the blockchain financial system.

Bitcoin was created as a peer-to-peer cash system, not as a global computing platform. Natively, Bitcoin did not support the creation of tokens on top of it. The first stepping stone toward tokenization was the creation of “colored coins,” back then, a very innovative idea that enabled the creation of tokens on Bitcoin. Nevertheless, Bitcoin’s focus on being decentralised, censorship-resistant money came at a sacrifice to its scalability & complexity of logic it could support. As a result it wasn’t naturally suitable as a platform for tokenization, and colored coins never really took off.

Yet, in 2015, with the emergence of Ethereum, it suddenly became feasible for anyone to easily create tokens and establish business logic using smart contracts. One of the most prominent use cases of tokens were so-called ICOs (Initial Coin Offerings), whereby users send Ether to a smart contract and receive a token in return.

After the ICO mania died down in 2018, attention shifted more towards tokenizing real-world assets and existing financial securities. Overall, use cases are varied and range from financial assets to intellectual property and any other form of ownership or access rights. As the creation of asset-backed tokens proliferates, their accessibility to retail users increases significantly. Consequently, options to diversify for anyone will increase.

But not all tokens are created equally.

In traditional finance, securities are negotiable financial instruments that hold value. Commonly they represent a share of ownership in a company’s equity, or a share of debt to be repaid with interest, but they can take on many other more complex forms.,

Security tokens are close to what we understand as financial securities. They are often yield-bearing real-world assets such as real estate, where holders receive a share of the rental income. They can also be instruments such as tokenized shares, commodities, or debt. As such, security token issuers have to follow strict regulatory requirements and ensure that all users trading their tokens are KYC’d, adhering to local standards.

Despite the perceived barrier to entry for projects that might just want a quick way to raise money, as happened in 2017 with ICOs, the market cap for security tokens surpassed $1 billion in 2021. Often security tokens are derived from existing securities. In that case, we also refer to them as tokenized securities. For example, if a company like BCB was trading publicly and decided to tokenize its shares, buyers would buy a tokenized security and hold their ownership claim in a crypto wallet. Another synonym often used to speak of tokenized securities is digital securities. All of them represent claims of their holder against a company or corporation in a digital manner running on a blockchain.

They are often contrasted with what the vast majority of crypto tokens claim to be: utility tokens.

Utility tokens havespecific use case. One can think of them as similar to vouchers or coupons. Holding the token will enable users to access and use a certain service or platform.

This type of token, unlike financial securities, is not meant to be traded or invested for monetary gain. Their utility also means that they are useless outside of the borders of the platform that issues them.

Utilities these tokens offer include governance and the ability to use a service – for example, one has to hold LINK to use their native oracle service. Another use case is storage. When holding the native token, users are able to start storing files permanently on-chain.

While utility tokens often use the same token standards and underlying technology to issue their tokens, they are not to be confused with cryptocurrencies or currency tokens.

Cryptocurrencies are also referred to as coins or transactional coins. These are the tokens that have no utility beyond being money. As such, they are used for payments, as a store of value, and as a unit of account. Unlike with security tokens, owning cryptocurrencies does not give holders claims against the issuer.

Popular cryptocurrencies include Bitcoin and Ethereum, but also stablecoins such as Tether and USDT, which facilitate payments without the inherent volatility of crypto markets. Even though all cryptocurrencies have the same functionality, they can be differentiated with different foci, such as privacy, speed or decentralization.

Lastly, in this section on different token types, it’s worth noting that all of the above can either be issued as a fungible token or as a non-fungible token (NFT).

The benefits of tokenization

There are many benefits to tokenizing existing assets. Overall, automation and smart contracts can tremendously enhance efficiency in the issuance and management process. In addition, tokenization minimizes risks and increases market integrity.

The biggest benefits when tokenizing are the following:

Arguably among the biggest reasons to tokenize assets is liquidity. Assets like equity or real assets can be made more readily available to a larger audience once tokenized. Tokenization can also help remove the “liquidity” premium associated with illiquid assets such as real estate or fine art, therefore introducing fairer prices. Tokenized assets also enable fractionalization of assets, where it’s infeasible using traditional instruments. Once fractionalized, big investments increase in liquidity, as more investors will be able to afford fractions of them than paying for the entire asset.

Public blockchains are inherently global in their nature, opening up markets to a broader audience of investors. For investors, increased liquidity enables them to quickly enter and exit positions without lock-up periods or big slippage upon sale.

When assets are tokenized, many processes that previously required intermediaries for transactions and transfers can be automated. This leads to more cost-efficient transactions and faster processing benefitting investors and traders whenever they transact in these assets.

Tokenized assets also enable near instant settlement. Normally, settlement and clearing are complicated processes that require various third parties to complete. With tokenization, anyone can easily start transferring their tokens, leading to an automatic reassignment of ownership rights.

And benefits aren’t just on the site of traders of these assets. Token issuers benefit from reliance on the public internet and a reduction in costs for insurance. It’s estimated that tokenization could reduce the issuance cost of bonds by 80%. And a report by Roland Berger suggests that if tokenization adoption was high, the entire cost savings could add up to EUR 4.6 billion by 2030.

With public blockchain’s, every transaction is stored on a publicly available ledger. The immutable nature of the underlying technology prevents tampering and helps mitigate counterparty risk by giving everyone access to the transaction history of their counterparties. This benefits investors as they have more insights into who they are trading with than in traditional systems.

Tokenization of assets can potentially even help fight corruption and tax evasion by making revenue streams visible. Regarding corporate social initiatives, tokenization can enhance compliance through transparency and give shareholders easier ways to vote through governance.

The future of tokenization

Despite the aforementioned benefits, tokenization has not yet taken off. It’s estimated that tokenized assets could already make up 10% of global GDP by 2030. They are already gaining recognition among monetary authorities and regulators, with Swiss authorities being among the first to amend their existing securities act in 2021 to facilitate the trading of digital assets on the SSIX digital exchange.

Nevertheless, so far, tokenization, as well as the broader DeFi industry, still faces a lack of regulation and uniform frameworks that could support global adoption. Global frameworks are beneficial, considering blockchain assets can easily be transferred across borders. Other factors, like a lack of blockchain scalability and the security challenges of co-existing centralized and decentralized entities, contribute to the slower adoption of tokenization. And then there are questions surrounding the loss of private keys, but the asset still exists, or if, on the other hand, the underlying asset is lost, but the tokenized representations still exist.

Despite these unanswered questions, tokenization has vast potential to open up markets, democratize access, and enhance efficiency and transparency meaningfully. As technology and regulation evolve, tokenized assets will play an ever-increasing role in financial markets and beyond.

If you are interested in learning more about the broader digital assets space, check out further articles on our insights page.

At BCB we bring together vast experience in traditional financial markets with expertise in the fast-moving digital asset industry to best support our partners when entering the space. To further discuss the use of tokenized assets in a business context, reach out to our team. 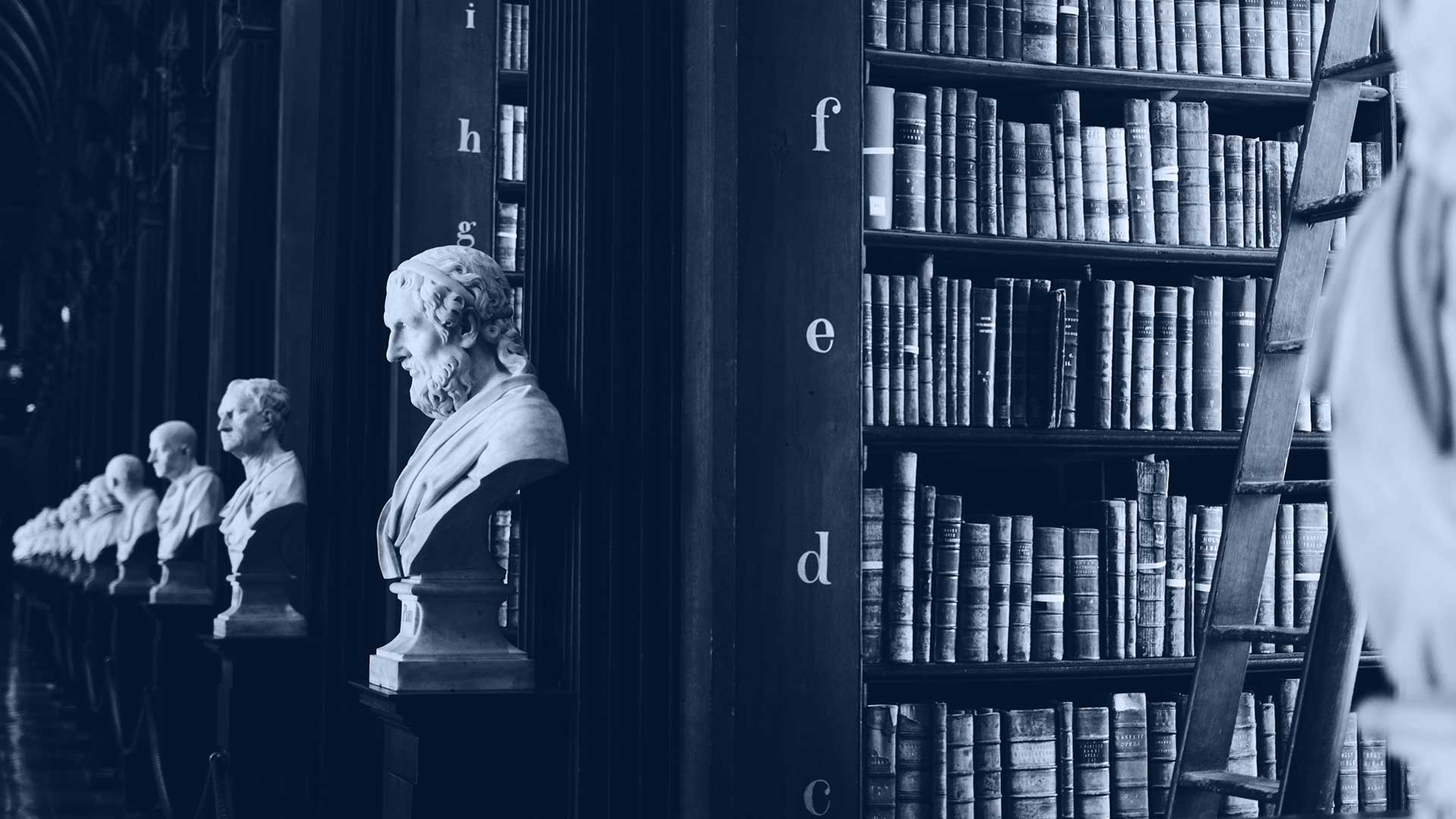